Kia Motors History
Kia Motors, a Korean company run by Kia Hyung-Keon Lee and a subsidiary of Motor Group Motors. Kia means "Out of Asia". Kia Motors is the oldest Korean automaker. Kia started its activity in the field of metal and bicycle manufacturing in 1944.
In 1952, Kia changed her name from Kings Sung's Precision Industries to Kia, and then she started making motorcycles, trucks and cars. In 1986, in collaboration with Ford, Kia began producing some Mazda models for the domestic market as well as for the foreign market in order to export. These models include the Kia Pride (based on the Mazda 121 model) and Kia Aula, which were sold on the North American and Australian markets Ford Ford and Ford Spyware.
While Kia Motors produced only 26 machines in 1986, the next year, and only within a year, upgraded its production to 95,000 units. In 1992, the US Kia Motors began work in the United States. The first Kia branded car was sold in February 1994 in the United States by four sales representatives in Portland, Oregon. Since then, Kia has expanded his work in a systematic way. Sales agents sold the company in 1994, Kia Safi, and after a while, a small product line of the company was developed by the Kia Sport model.
However, the bankruptcy of Kia in 1997, which occurred during the Asian financial crisis, caused the company to be privatized by another Korean automaker, Hyundai Motor Corporation, in 1998 by purchasing Ford shares, which was part of the stock in 1986 He bought the company, he took over. In 1998, Kia Motoros began to export Kia Mantor with Hyundai Motor Group management. This model of Kia was considered to be the rival of Ford Escort and Apple Astra models in the European market, due to its low price, had relatively high sales in Europe. In the mid-1990s, the Hancock Manter Model, Kia Schumat, was presented. The apparent change (face lift), which took place in 1999, kept Kia Motor still in the sedan. Kia came to the family car market when Kia Kurdos was produced. The Kurds, a four-door sedan class, were launched in 1999. The car was the same size as the Ford Mundo, but at the time of its launch in terms of size, Ford Focus was smaller. It had a special interior decoration, a large trunk compartment, competitive price, and high levels of equipment, but had less appetite for global markets.
Kia's successor for Kurds, Kia Motors in 2001, succeeded in reviving Kia Kurdish's popularity. In 1999, Kia left the car market with a Kia Sedona car. When it came to the market, it was the cheapest car than the other UK-class cars in the UK.

Kia conceptual model
The models were sold until 2004, when the Kia Cerato model was launched, which made the Kia Motors, as one of the major car makers, enter the world of competition. The Jesuit car of the Kia Sportage has become popular throughout Europe, but since 2002, Kia has sold more of its sales through the launch of the Kia Sorento model.
American Kia Motors
The US Kia motors leverages sales, marketing and distribution of Kia motors products. This branch of Kia offers a full range of product lines, with a network of 640 sales representatives in the United States. Kia Motors in 2008 succeeded for the 14th consecutive year to break its sales record in US market share growth.
Kia Motors Europe
From 1995 to 1999, Kia began producing a right-hand drive with left-hand drive, at its production site in Carmen, Germany. From 1999 until its stopping in 2003, all Kia Sportage models sold in Europe were made at the Kia Motors Factory in Germany. In 2003, the Opportunity model was returned to South Korea.
Since the beginning of 1991, Kia has started exporting car to Europe with Mini Kia Pride car. The launch of this product in Europe has been a good success, as the demand for this model declined in the late 1990s, the Pride model production line stopped in May 2000. Since 2001, Kia Rio's vehicle, like Pride, has been removed from the Kia Motors line of products.
In 2004, Kia Picanto arrived at a European city car. The car has proven that Kia has succeeded in delivering the product to European buyers who pay attention to their budget for car purchases. By 2007, Kia has been in the past sixteen years in exporting cars to Europe. At the time of entering the European market, only one model was sold. The range of consumer electronics in Europe has grown exponentially as it now has become a significant rival for other companies in every sector of the market, except for the luxury and sports car market.
The root of Kia's name
In the past six decades, Kia Motors Company, having started its activity in 1944 as a workshop for the production of handmade bicycle parts located in the Seoul suburbs of South Korea, succeeded in the past six decades as the propulsion of the Korean motor vehicle claiming "the first production Car of the country ", as well as the" export of the first car from Korea ".
The name "kia" is derived from the Chinese-Korean name, which includes the word "k" (rising) and "a" (meaning "Asia"). Briefly, the name of the company means "come out. 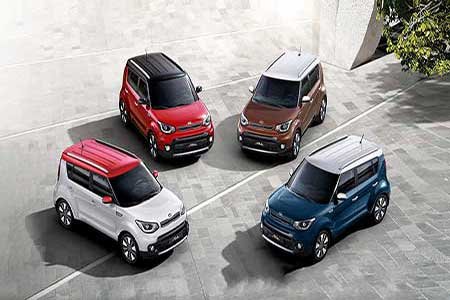 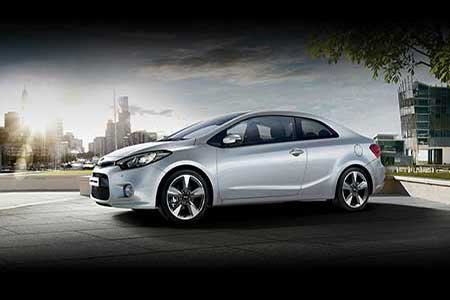 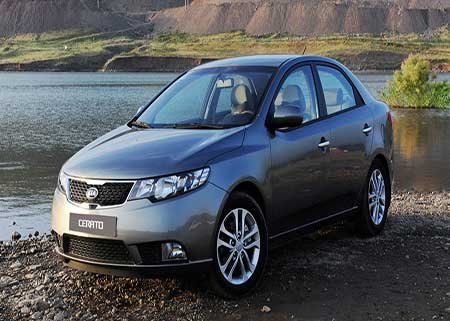