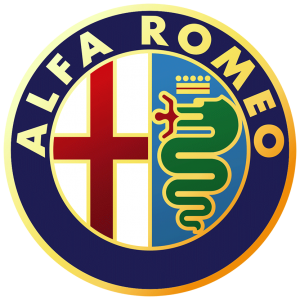 On June 24, 1910, the automobile company Anonima Lombarda Fabbrica di Automobil, named after A.L.F.A, at the site of the old Darak car manufacturing plant in the Italian city of Milan, Italy, named its name in the automobile industry.
The factory with the initial investment of Alexander Darak, a French businessman and artisan, and the investment of some Italian businessmen, began to produce and supply luxury sports cars.
The first Alfa car was designed and developed by Alfa's father, Giuseppe Marussi, in the very initial months of the company's operations. The name of the 1910 was 24 HP, which was the first Alfa representative in the speed racing. The first drivers who had the pride of driving with this Alfa prodigy were Franchisee and Ronzoni, who attended Alfa HP in speed racing. The new Alfa HP model, powered by a two-piece cylinder with 6082 cubic centimeters, could record an impressive 82 km / h at 2400 rpm.
The Alfa blossomed with this product in the squadron and won the first place in a competition shortly after the end of the First World War and was able to record its name in the history of the race as the world's first F1 Formula One champion in the world. To reach
August 1915 is one of the most important and influential events in the history of Alfa. On this date, the main shareholder of Nicola Romeo introduced the name of the company and since then the name "Alfa Romeo" in the history of the automobile industry of the world was recorded.
From the 1960s to the 1970s, Alfa Romeo built more and more car manufacturers in the production of various models of sports cars.
The GIULIA TZ and ALFA SPIDER models were among the models that were able to attract many enthusiasts to buy Alfa Romeo products.
In 1986, with the emergence of some financial crises in Europe, Alfa-corporation shareholders responded by bidding for the company's "Fiat" largest Italian automaker to give Alfaro a high-performance brand of luxury Fiat luxury cars. In addition to automakers like Ferrari, Maserati and Lancia, they will be the family of Italian automakers.
In 2005, according to the Fiat team's decision to produce luxury sports cars, two Alfa Romeo and Maserati companies co-operated with each other, which continued until many strategic planning, interconnection, platform, Engine, and even in some markets, the sales representatives of the two companies became the same.
In 2007, the Fiat Automotive Group introduced four of its main companies: FIAT AUTOMOBILE SPA, ALFA ROMEO AUTOMOBILE SPA, LANCIA AUTOMOBILES SPA and FIAT LIGHT COMMERCIAL VEHICLES SPA as the companies. The main Fiat automotive group.
Over the past 100 years, Alfa Romeo has proven to be one of the world's 5 best-performing companies in the world of designing and manufacturing luxury sports cars in the world by presenting and presenting many models of sports cars to the market. With the introduction of models such as GIULIA, SPIDER, ALFASUD, 145, 159 and 8C COMPETZIONE, Alfa Romeo has proven to everyone that it can use the Italian art of its own, on the one hand, and on the other hand, the unique Italian engineering technology among the world's leading automakers As one of the toughest rivals.
Today, with the introduction of new models such as MITO and GIULIETTA, in the near future with the introduction of models like the 4C, the other one is unveiled at the Automotive World's Day, and Alfa Romeo, as one of the world's most prominent automakers, is trying to offer new models in the world. Stay the pinnacle